The politics of AIDS

Fighting over which disease gets what kind of funding may seem unbecoming but in the stark world of politics it’s an unpleasant necessity.  President Obama just recently diverted 100 million more dollars to AIDS research vowing to find a cure.  That means other disease research will have to suffer as a consequence.

Understand this: AIDS is the most preventable disease ever known to man.  We know 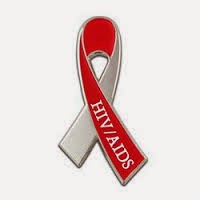 exactly how it’s contracted and we know exactly how to stop it.  Spending billions of dollars on a cure is a colossal waste of time and money.  AIDS in the United States is almost entirely transmitted by two groups of people: homosexuals or bisexuals and intravenous drug users.  Stop the behavior and you stop the disease.

When I bring this topic up on the air invariably I get angry e-mails telling me I don’t care about little kids with AIDS.  Of course, I do, but the number of children contracting AIDS these days is fewer than 200 per year.  Conversely, the number of children with cancer each year tops 13,000.  I certainly care about kids with AIDS but the reason they got the disease in the first place is because their mothers were engaging in risky behavior.  I guess these people e-mailing me care nothing about kids with cancer.

By the way, cancer is the leading cause of disease-related deaths for children.  It looks like if we really cared we’d be spending most of our time and resources where there’s the largest need.

That’s the problem with disease research.  It’s the squeaky wheel that gets the funding.  AIDS funding almost equals cancer funding in this country yet cancer kills 37 times the number of people who die from AIDS.  In fact, almost as many people die from cancer in one year than have died of AIDS in the United States since we first discovered the disease.

Common sense would tell you that we should be spending money on these diseases in proportion to their devastation.  Let me illustrate it this way.  We spend about $9,800 on research per cancer death in the United States.  We spend almost $198,000 per AIDS death.  In other words, cancer kills 37 times more people yet AIDS gets 20 times the research dollars per death.  And Obama is diverting even more money to AIDS research.  It’s not only wrong it’s downright sinful.

I was at a party recently.  Three of my friends at this party were battling cancer.  We all know people fighting this horrible disease.  Aside from maybe lung cancer, we have few clues as to why people get it.  One of my friends always ate right and exercised but still came down with some rare form of bone cancer.  It’s bound to make these people furious to know that just because certain people protest and stomp their feet the loudest that they get the lion’s share of the funding.

Heart disease is the leading cause of death in the United States but there’s so much we know about how to prevent it.  Poor diet, little or no exercise, and obesity are leading causes.  Maybe that’s why we spend less than half on research as compared to cancer.  We know many of the causes.  With cancer it’s a totally different story.  We have no idea what causes most cancers and we need the bulk of our funding going to finding a cure.  Had Obama stated that as his goal he may have garnered some respect.  Instead, he continues to play politics with our research money while hundreds of thousands of people needlessly die.