The news media’s handling of this coronavirus crisis has been nothing short of despicable. An idiot couple in Arizona ingested fish tank cleaner to keep from getting the disease and the media blamed it on President Trump. Governor Cuomo of New York fumed that he wasn’t getting 30,000 ventilators even though only 26,000 people in the state had coronavirus. The media blamed Trump instead of explaining that only a small percentage of people with the disease would need to be hospitalized.

This left-wing media are downright giddy about what this is doing to the economy. They would literally rather see this country burned to the ground than see Donald Trump win re-election. But do we really believe the American people are going to turn to Joe Biden? Bless his heart, but this guy is lost. He stumbles and rambles and wanders off camera. He does not generate a lot of confidence. 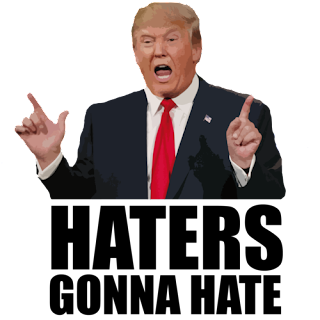 And Bernie Sanders is snapping at reporters for getting too close to him like a get-off-my-lawn grumpy old man. He’s staying in the race until New York. Why, we just don’t know.


President Trump has taken decisive action since the beginning of this crisis. Even before it became a crisis. Shutting off travel from China was a bold move. So was banning travel from Europe. The latter drew virtually no fire from the media. The former drew accusations of racism. As did his reference to the disease as the ‘Chinese virus,’ which was first coined by the same media that attacked him.

And then there’s the malaria drug. President Trump placed high hopes on this drug being effective in treating coronavirus. The media battered him for giving false hope, and then a man in Florida was virtually cured by it. Governor Cuomo said they should use the drug on patients in New York and he was hailed by the media as a genius.

Now President Trump hopes to open the country back up by Easter. MSNBC and CNN trot out activist doomsday doctors who claim it’ll be a disaster. Chris Hayes at MSNBC claimed 50 percent of the country would die. Of course this is the same network that claimed Mike Bloomberg had spent a million dollars per U.S. citizen when he’d actually spent a buck-fifty-two. Fifty percent of the country dead? Really? Right now the mortality rate in the U.S. is running around one percent. Even if the entire country got this virus, which isn’t likely, the mortality rate wouldn’t even begin to approach 50 percent. That’s just vicious, irresponsible journalism, if you can actually call it journalism.

Chris Cilliza had the dumbest tweet of the entire crisis when he tweeted “Viruses don’t, uh, recognize borders.” Well, Chris, viruses don’t have the capability of recognizing anything, but people at borders sure recognize viruses. Can you imagine, in the midst of all of this, that there’s still some resident of Moron Mountain who believes borders are bad?

Imagine if Trump hadn’t secured our borders in January. There’s no telling how rampant this disease would be. In fact, if he’d just done it a week earlier Patient Zero in Seattle who had just flown back from Wuhan wouldn’t have killed all those poor folks at the nursing home.

There’s so much we’ve learned through all of this. We’ve learned that liberal policies are deadly. Whether it’s open borders, shutting down an economy long term, or trying to ram through Green New Deal policies in a coronavirus relief bill that have nothing to do with coronavirus.

Posted by Phil Valentine Show at 4:23 AM