The real motivation behind the transgender bathroom movement

Who would’ve thought in 2016 we’d be questioning where people go to the bathroom? I’m not even sure why this is an issue, but it is. And a big one. 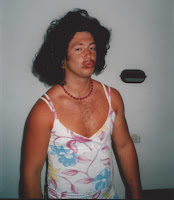 But what about all those transexuals? It’s important to note what percentage of the population in the U.S. is actually transexual. Transexuals are those who’ve transitioned from a man to a woman or vice versa. The percentage of transexuals in the United States is 0.00013. Yeah, it’s that small.


Now consider that the North Carolina law allows transexuals to use the restroom of their newly-assigned sex and what are we left with? Crossdressers. No person in their right mind thinks that just because a guy dresses up like a woman that he should be allowed to use the women’s restroom. But those people aren’t really who the NC legislature is worried about.

They’re concerned about perverts who will ‘identify’ as a woman just to get in the women’s room. We already have too many men being caught in restrooms and dressing rooms trying to video women in various stages of undress. The only barrier to stopping them is the fact that they’re not supposed to be in the women’s bathroom. Take away that barrier and there’s no telling how many perverts will camp out in stalls in women’s rooms. Their only fear would be someone seeing their camera. They would have no fear of simply being caught in the wrong room.

I have it on good authority that the liberals who run the Democrat Party in North Carolina planned the Charlotte stunt so that the Republicans in the legislature would take the bait. My sources also tell me that the Republicans welcomed the issue for this year’s governor’s race involving the sitting governor, Pat McCrory, and the sitting attorney general, Roy Cooper.

What’s not widely known is that the organizer of this movement in North Carolina is a convicted sex offender. Yeah, Chad Sevearance-Turner was the president of Charlotte’s LGBT Chamber of Commerce. They were the ones who pushed the Charlotte ordinance through. He was arrested in 1998 and charged with a “lewd act, committing or attempting a lewd act upon a child under 16.” Once his arrest was outed, he resigned as president of the chamber.

This whole bathroom confusion issue is part of a longer-range plan by people like this sex offender in Charlotte. The next frontier is age of consent. These sick individuals want to eventually challenge age of consent laws as unconstitutional. You think that’s a stretch? The Justice Department is already suing the state of North Carolina for violating civil rights under the Civil Rights Act. There’s nothing in the Civil Rights Act about even transexuals, much less crossdressers. And remember, transexuals are not adversely affected by the NC law. Only weirdos and perverts are. That’s what the radical LGBT people are trying to normalize.

Don’t be surprised in the not-too-distant future when some radical Democrat in the White House is pushing to overturn every age-of-consent law in the country. You don’t believe it? I bet just five years ago you never dreamed we’d be arguing over bathrooms.