The gun ban that nobody noticed

I have been racking my brain trying to remember a scarier ruling from the Supreme Court in my lifetime and I’m at a loss. The court’s refusal to hear Friedman v. City Highland Park is mind-boggling. 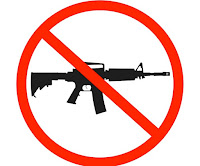 Highland Park is a suburb of Chicago. They banned the sale and possession of “assault weapons” and that law was upheld by the U.S. Court of Appeals for the 7th Circuit. The Supreme Court refused to hear the case, allowing the appeals court decision and the ban to stand. This is problematic on so many levels.

First, what is an “assault weapon?” The military defines an assault weapon as a weapon capable of automatic fire. In other words, a machine gun. Highland Park defines an assault as a semiautomatic firearm. That covers a lot of ground. If you’re not familiar with what a semiautomatic gun is, it’s a gun with a magazine that fires once when the trigger is pulled then fires again when it’s pulled again.

The 7th Circuit claimed the ban was permissible because it “may increase the public’s sense of safety.” Not that it would make them safe. It would make them feel safe. Big difference. Which left me wondering if the citizens of Highland Park would “feel safe” with no churches in their town would this same Supreme Court be fine with obliterating the First Amendment as they’ve now done with the Second?

There were only two dissenting votes on the court. Not surprising, the smartest man on the bench — Antonin Scalia — and probably the second-smartest person on the court, Clarence Thomas. These two men have demonstrated over and over again that they understand the Constitution. The others simply bend the Constitution to their own wishes.

The assault weapons ban prohibited pistol grips. A pistol grip on a rifle doesn’t make it more lethal. In fact, it can be argued that it makes it less accurate. Your aim is going to be much better when you have a stock to press against your shoulder allowing you to look down the barrel. Speaking of stocks, the assault weapons ban banned folding stocks. These make a rifle a little more compact for traveling, but it’s not like it makes it possible to hide an assault weapon in your pants. They banned flash suppressors, too, which do what they sound like they do. They reduce the flash signature of the rifle. Doesn’t make it any more powerful or lethal.

My point is most of the people who want to ban assault weapons have no idea what one is. They see rifles with cosmetic add-ons that make them look like military rifles, but it’s like painting fire down the side of your Nissan Versa. It doesn’t make it any faster.

Hysteria and symbolism are the calling cards of political correctness which, these days, is rotting this country from the inside out.