Wedding participation is now a right?

Rarely do I revisit the same topic two weeks in a row in this column but there are still a couple of things that need to be said about the Religious Freedom Restoration Act in Indiana and similar laws in states across the country. 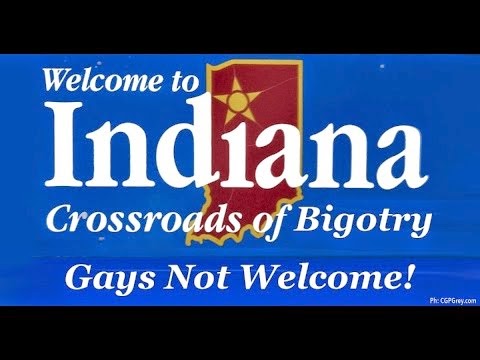 The gay activists who keep pushing this agenda love to hitch their wagon to the civil rights movement of the 1960s. There really are no similarities. Gays have not been relegated to the back of the bus. Gays haven’t been made to drink from separate drinking fountains. Gays weren’t subjected to Jim Crow laws nor were they held as slaves in this country.

And here’s the interesting point as it pertains to the current hot issue. I don’t recall any photographs after the Civil Rights Act of 1964 was passed showing black couples standing at the altar being wed by reluctant white preachers. Which led me to this next question. Since when does someone think they have a right to force anyone to participate in their wedding?

Think about that for a moment. I’m sure Jesse Jackson has officiated some weddings in his time as a reverend. Did I have a right to force him to officiate mine? Had I requested he do so he most likely would’ve declined. Would it have been because I’m white or because I’m conservative? It doesn’t really matter. It never occurred to me that I could force him into participating when he didn’t want to.

Then why are so many people now looking at forceful wedding participation as a civil right. What about the civil rights of those who don’t want to take part? At least one person with a vested interest in the issue is standing up for what’s right. Courtney Hoffman is a lesbian and a small business owner. She also donated $20 to Memories Pizza in Walkerton, Indiana, the pizzeria that came under a firestorm after one of its owners answered a TV reporter’s question saying if they were asked to cater a gay wedding they would have to decline.

“As a member of the gay community, I would like to apologize for the mean-spirited attacks on you and your business,” Hoffman wrote while making her online donation on a fundraising website. “I know many gay individuals who fully support your right to stand up for your beliefs and run your business according to those beliefs.”

Kris Cruz is a radio host and producer of “The Jeff Adams Show.” Cruz first discovered Hoffman’s donation and contacted her through Facebook. He asked Hoffman why she made the donation. “My girlfriend and I are small business owners,” Hoffman explained, “and we think there is a difference between operating in a public market space and then attaching the name of your business to a private event.” She said if her business were asked to set up at an anti-gay marriage rally they would have to decline.

Hoffman understands that no one has a right to force you to participate in their wedding or, for that matter, their event. It’s completely different from refusing service at a restaurant. As a vendor, you become part of an event and vendors should not be forced to participate in events that make them feel uncomfortable. This could lead to all sorts of awkward partnerships, like a gay-owned print shop being forced to print ‘God Hates Fags’ signs for the repugnant Westboro Baptist Church.

So, since when does someone have a right to force anyone to participate in their wedding? The answer is ‘never.’ It’s time the courts backed that up.