Boehner has to go

The recent budget fight was a case of Pork and Porkier. Democrats and Republicans alike piled on their pet spending as the budget reached the finishing line. There’s money to promote travel destinations like Las Vegas. Guess who put that one in there. Yep, soon to be senate minority leader, Harry Reid. 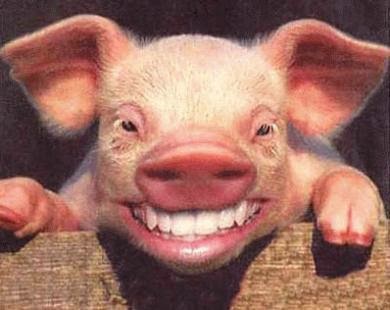 The bill fully funds the Export-Import Bank, a government agency that provides taxpayer-backed loans to corporations and foreign governments. The government has no business making such loans and this program should’ve ended long ago.

Probably the most egregious spending is for the DREAMer streamers and Obamacare, two issues the American people screamed at the top of their lungs about. This bill spend $948 million on unaccompanied illegal children coming to this country, something that should’ve been stopped instead of funded. It also fully funds Obamacare. The American people gave the Republicans the majority in Congress specifically to stop Obamacare. The GOP has had show vote after show vote repealing it in the house but everyone knew it was going nowhere in the senate. The only way to stop it is to defund it.

The Republicans have now had a half-dozen chances to do just that and they’ve refused to do it. Why? Because of John Boehner. The GOP speaker is spineless. Worse, he works in conjunction with the free-spending liberals on the other side of the aisle to keep the gravy train rolling, and he may single-handedly bring the Republican Party to its knees.

It’s no secret that the Republicans lost the presidency in 2008 and 2012 because their base stayed home. Their base stayed home because it saw little difference between the Republican candidates and Barack Obama. This same base has been somewhat encouraged by the tea party Republicans who have been sent to Washington as reinforcements. However, these reinforcements do little to no good as long as Boehner is their general.

Boehner’s a is political animal. He’s been in Washington for 23 years and you’ll have to blast him out with a stick of dynamite. You’ve heard of Potomac Fever? Boehner has a terminal case. He’s destined to die in DC unless he’s defeated, and that’s not likely. The folks in his district in Ohio apparently like their congressman being the speaker. He won his last election with over 67 percent of the vote.

Where he’s vulnerable is in the house itself. He only won the speakership with 50.8 percent of the vote. That means about half the house doesn’t want him, including a good number of Republicans. He’s already been nominated by his party for this next term but there is a way to oust him even after he’s re-elected speaker.

The speaker can be removed by a resolution declaring the Office of Speaker vacant. If that happens, the speaker pro tempore becomes speaker. Right now that’s Congressman Kevin McCarthy. Would he be better than Boehner? Hard to be worse, but there’s no assurance that the maneuver would work. The tea party Republicans would also need some Democrats’ help and it’s unlikely they would trade in a RINO for a tea partier.

But something has to be done. If the Republicans continue to do pretty much what the Democrats would do then what’s the point? The Republicans were sent to Washington to dismantle Obamacare. That should be Job One. Instead, they seem to think we’ve all moved on. We haven’t. Elections have consequences. The consequence of the last election was no more Obamacare and amnesty. If Boehner doesn’t get that message then the Republicans need to replace him.