People are presuming that the recent Supreme Court decision not to hear gay marriage cases in five states means it's unconstitutional for a state to ban gay marriage. That presumes that the federal government has any authority over marriage in the first place.
The 10th Amendment clearly states that what's not in the Constitution is under the authority of the states. But, do the states, themselves, have any right to require a license? There are many who believe they do not. In fact, the marriage license is, historically, a fairly new invention. The first marriage licenses in America didn’t appear until after the Civil War 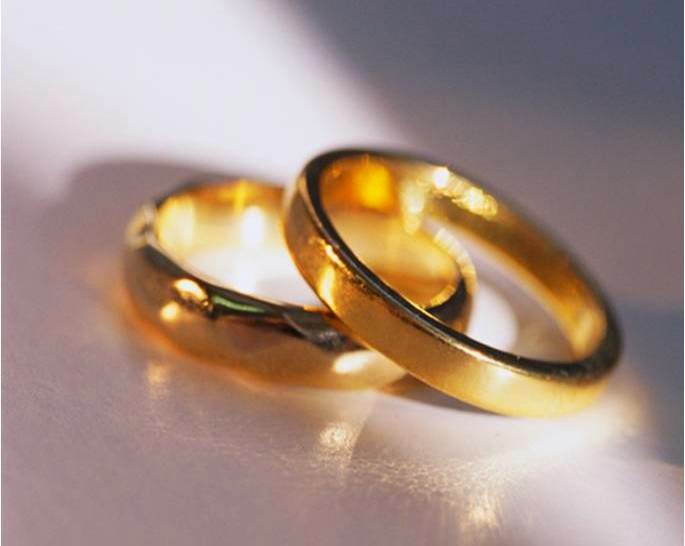 and were not commonplace in all states until the 1920s. Marriage was regarded — and still is by some — as a purely religious affair.


Many Libertarians believe if the state is going to issue anything regarding marriage it should be a certificate, not a license. Marriage is a right and should not be licensed anymore than a birth should require a license. At birth our parents receive a birth certificate. It’s merely a record of a notable event that can be carried forward in life as proof of the event for any entity that requires it, but one should no more be required to obtain a license to marry than to be born.

Although the history of licensing marriage is murky the origins of what entity invented the license is not. The first marriage licenses came from states and spread to other states. They did not come from the federal government therefore it’s folly to believe that the federal government has any jurisdiction whatsoever over marriage.
The point of confusion is the difference between the right to marry and the right to license. I have a right to marry anyone I like insofar as I can find someone in an official capacity to perform the marriage. They are under no obligation to do so. Marriage is a personal commitment between people, sanctified, historically, by a church. However, if I want the state to sanction the marriage I must first obtain a marriage license. That doesn’t make me any more married. I just makes it official with the state. Think of it like a copyright. I automatically have a copyright on this material as soon as I create it and lay my thoughts down for others to read. I can go through the formality of obtaining an official copyright on the material but that doesn’t mean I’m any more entitled to copyright protection than if I didn’t.
What a marriage license basically signifies is that the people of that state recognize your marriage as legit. That’s why the current system of some states recognizing gay marriage and others not has worked out just fine. If you’re gay and you want to be officially married then congregate with people who think that’s cool.
If you don’t believe marriage is a state issue then remember what the justice of the peace used to say. We’ve seen it dozens of times in movies. "By the power vested in me by the state of Such-and-such..." The power over marriage licensing belongs to the state and the state alone. The power of marriage itself belongs to the individuals.
If the states ever want to wrest any power back from the federal government it's time for some governor somewhere to have the guts to tell these federal judges that they have no authority in regards to marriage. In other words, "Thanks for your opinion, now go pound sand."
I'm still waiting for a governor to stand up and say just that.