California, the state that pioneered co-ed dorm rooms, is now grappling with another on-campus problem. The state is now looking at legislation to define consensual sex among college students. Don’t tell me they’re surprised that more people are having sex now that they’re living in the same room.

Typical California, this new law would require universities that receive public funds to set standards for when yes actually means yes. As opposed to, I guess, when yes means no. Or, when no means yes. They’re calling this an “affirmative consent standard” and it’s defined as “an affirmative, unambiguous and conscious decision” by both parties engaged in the sexual activity. By the way, silence or lack of resistance doesn’t constitute consent.

So, let me get this straight. They’re now expecting young adults whose hormones are crawling the wall to come to some 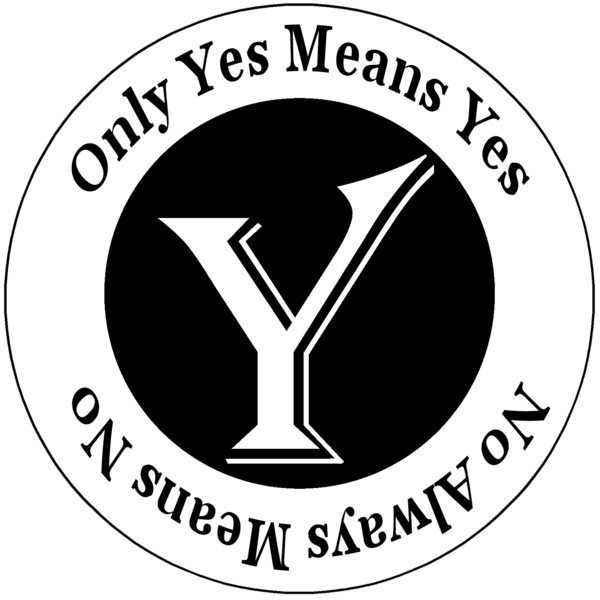 kind of verbal agreement on matters of whoopie? It’s not going to happen, and even if it does it’s still a matter of he said-she said.

Look, we all know what rape is. We all know what date rape is. This opens up a whole new world of litigation. Let’s say a girl at a frat party has a little too much to drink and goes for some guy she wouldn’t ordinarily go for. As the way things go, there was not much conversation between the two when she ended up in bed with him. The morning after she has regrets. Bingo. He didn’t follow the affirmative consent standard. He didn’t get her verbal permission. It’s not her fault. It’s his! He’s now under arrest.

Since the verbiage of the law makes it clear that it’s mutual consent, the ladies could find themselves in the very same situation when a guy wakes up sober with regrets.

No surprise here but this ‘yes means yes’ legislation is based on a White House task force’s recommendations. They claim that 1 in 5 female college students is a victim of sexual assault, which I find impossible to believe. When uber-libs are assigned to a task force there’s no telling what constitutes sexual assault in their minds. In fact, there was a feminist book from the ‘80s that argued that all heterosexual sex was rape because women were objectified in this “male supremacist society” of ours.

A writer for Salon.com a couple of years ago made a case that the classic song Baby, It’s Cold Outside is a date rape anthem. No, I’m not kidding. Of course, this same writer has written articles saying Hall & Oates and the Eagles are absolutely awful and The Beatles’ I Want to Hold Your Hand was overrated. Still, this is the mantra with many on the left.

What it does is actually diminish the horrors of real rape. If Dean Martin singing about wanting a girl to stay is rape then it cheapens the very meaning of the word. But it’s all about the victim mentality. Women who are forcibly raped are victims in the truest sense of the word. Women who see every man as a predator are not. They’re just nuts. That’s what’s driving this California law.