The Logical Next Step

I knew it was only a matter of time. Last week, a judge in Australia dismissed some of the rape charges against a man accused of having sex with his sister. He allegedly had sex with her when she was 10 and he was 18. Those charges stood. However, the relationship began anew when she was 18 and he was 26. The judge ruled that since she was of age the sex was consensual, even though the woman was his sister.

Incest, he ruled, is no longer taboo now that homosexuality and gay marriage are widely accepted. This should come as no surprise, especially to advocates of same-sex marriage. You see, one can’t logically argue against incest while 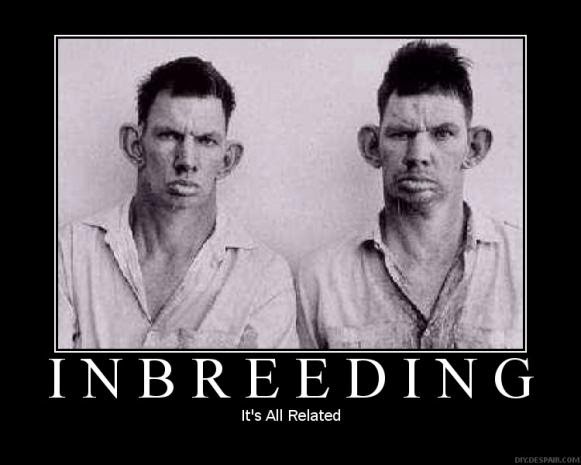 arguing for same-sex marriage. If your argument is no one should be able to tell you who you can love then you should be prepared to stand by that argument, even if that person is the lover’s sister.

If you think that’s rather crude you need to understand something. Society — any society — sets its own norms. Western civilization, for the past several thousand years, has established a “norm” of marriage between one man and one woman. There have been pockets of societies that embraced polygamy but they were nowhere close to the majority. Marriage is a public proclamation to society of a joined union. It’s generally a way of conforming to the norms of society. Marriage is about tradition and traditionally marriage has been a union between a man and a woman. Once you venture outside that norm you better be prepared for anything.

Understand, sanctioning a marriage is not the same as allowing a relationship to take place within a society. We have evolved as a society to tolerate pretty much any relationship. In other words, the days of the police knocking down your door and arresting you for a homosexual relationship are over. But if we’re going to tolerate adult men and women making decisions about who they sleep with we need to be prepared for pretty much anything consenting adults can dream up.

I’m a live-and-let-live guy. If you’re a guy and you want to have a relationship with another guy, I’m not one to tell you how to run your life. Same goes if you want to sleep with your sister. Having society recognize and approve of such relationships is a different matter altogether. Again, no one’s trying to tell you how to live your life. It’s simply a matter of what society sanctions and what it doesn’t.

For example, most states, if not all, require you to be 21-years-old to buy alcohol. I remember a time when the drinking age for beer and wine was 18. The federal government got involved and threatened to withhold highway funding if states didn’t raise the drinking age so society was forced to do it. However, a law doesn’t always change societal norms. Many people think it’s perfectly acceptable for college-aged adults to consume alcoholic beverages. That’s an example of society ignoring the law.

Only time will tell how the gay marriage thing shakes out. Right now most people in rural states don’t cotton to it while more urban states do. That’s how this country was designed. To be honest, we’re a mix of societies. Each state has its own unique personality. So far, each state has decided the issue of gay marriage on a state-by-state basis, which is as it should be.

But look out for the next big trend. Incest will be coming to a marriage protest near you.

Posted by Phil Valentine at 1:28 PM