Hydroxychloroquine is making a comeback. The most politically maligned drug in history is finally being recognized for the miracle that it is. You know the story. President Trump mentioned the potential benefits of the drug, and the left-wing media set about to destroy it. You see, it’s rather simple yet sad. The leftists in the media can’t have a happy ending to the coronavirus pandemic as long as Donald Trump is in office. So, a drug that’s been around for 70 years was maliciously portrayed in the media as dangerous. Even the usually level-headed Neil Cavuto on Fox Business Channel was sucked in, declaring hysterically, “This will kill you.” 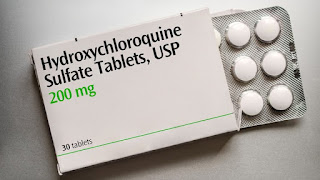 Cavuto and others were bamboozled by a report on a supposed study by the VA that turned out to be an observational study rather than a clinical study. That means someone took data and analyzed it rather than conducting a study themselves. That someone was Scott Sutton who was paid to do the study by Gilead Sciences. That name sound familiar? That’s the maker of Remdesivir, a rival drug that costs thousands of dollars, while hydroxychloroquine costs just pennies. Mr. Sutton cherry picked patients who were in the last stages of life, most dying of something other than COVID.

Still, the FDA reversed its emergency use order for hydroxy. Countries that had been having great success with the drug, like Switzerland, pulled the drug under pressure and their death rates spiked.

Dr. Harvey Risch had had enough. Risch is a medical doctor with a PhD and is a professor of epidemiology at Yale School of Public Health. He’s published over 300 peer-reviewed publications. His credentials are beyond reproach, even for the activist media. He wrote an editorial for Newsweek in which he was livid over the demonization of hydroxy. He cited study after study in which the drug had been used in hospitals around the world with amazing results. He lamented that some heroic doctors continue to save lives with hydroxy and are fighting medical boards to save their licenses. “As a result,” he writes, “tens of thousands of patients with COVID-19 are dying unnecessarily.” Think of that. Tens of thousands of people are dying just so Trump doesn’t get re-elected.

A few days after Dr. Risch’s scathing editorial, a group of doctors calling themselves America’s Frontline Doctors held a press conference in Washington echoing Dr. Risch’s editorial. Dr. Stella Immanuel, a primary care physician in Houston, told of how she had treated over 350 patients with COVID, some with diabetes, some with high blood pressure, some with asthma. She had also treated numerous elderly patients. The combination of hydroxy with Zithromax and zinc had given her remarkable results. “After taking care of over 350 patients,” she said, “we’ve not lost one.”

In an unprecedented move, Big Pharma has pressured many pharmacists into not filling prescriptions for hydroxy. This despite the doctor’s expertise and judgement. Some pharmacists claim to know more than the doctors. It truly is shockingly amazing.

Meanwhile, Moderna and others are in the final stages of vaccine trials. I have no problem with a vaccine, but if there’s something already out there that keeps COVID patients from dying why aren’t we using it? Because President Trump recommended it, and if it does work—which it certainly appears to do—then this whole nightmare is over. The economy is instantly reopened. We go back to normal at the snap of a finger. That’s the worst nightmare of the liberals and the left-wing media. And they’re willing to kill to keep it from happening.