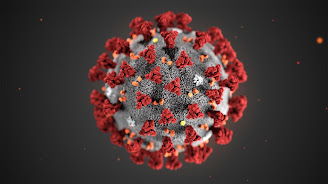 How do you know the COVID crisis is being politicized? Because the politicians who impose the harsh restrictions don’t abide by their own rules. Take, for example, the mayor of Nashville. He launched an investigation that rivaled the Lindbergh baby case when someone dared have a house party and invite a couple of hundred people. Mayor Cooper vowed to bring those responsible to justice. Yet this was the same mayor who invited thousands to join him downtown in the middle of a pandemic to protest police brutality all the while knowing other similar protests across the country were turning into riots. Right on time, his protest did too. No social distancing. No adhering to his own orders against large groups.

But Mayor Cooper is hardly alone. Governor Andrew Cuomo returned from a trip to Georgia where he met with officials sans a mask. When he returned, he was asked by a reporter if he was going to quarantine per his own order. Negatory. He was, as he put it, an “essential worker.” Tell that to the families of dead relatives in nursing homes with whom he placed COVID-positive patients. So, the governor is an essential worker, but a guy trying to run a restaurant and put bread on his family’s table is not? Nice.

Early on, when hair salons were shut down, a video surfaced of Mayor Lori Lightfoot of Chicago getting her hair done. This after she shot a PSA scolding women that “getting your roots done is not essential.” Apparently the mayor getting a haircut was. Her excuse? “I’m in the public every day.” OK. What exactly is that supposed to mean? It means the rules don’t apply to me because I’m the ruling elite.

Then there was Congressman John Lewis’s funeral. It was in Georgia, a state on the list of hotspots for DC Mayor Muriel Bowser. If you visit Georgia, even step foot in the state, you’re required to quarantine for 14 days. But not if you’re a politician who attended John Lewis’s funeral. Bowser classified the Lewis funeral as “government activity,” thus exempting anyone who attended from having to quarantine. In other words, the rules don’t apply to us ruling elites.

We’ve seen the same total disregard to the rules when it comes to Black Lives Matter protests and riots. You’re fine going to those, just don’t try to go to a church service. And don’t even think of gathering at a bar in downtown Nashville. Several bars were cited for violating the mayor’s edicts. The city attorney opined that protests were protected by the Constitution, but congregating at a bar was not. I beg to differ with that opinion. The Constitution doesn’t distinguish between gathering at a bar and gathering at a court house with rocks. I offered some unsolicited advice to the bars under siege by the city. Have a protest every night. You can protest the mayor’s unfair lockdowns. You can protest for or against Black Lives Matter. Doesn’t really matter. If the city says protests are immune from prosecution then just protest something. Anything.

They didn’t take my advice, and they're now in court fighting the crackdown. So, now the city authorities are on the case of the rogue house party and the belligerent bachelorettes. Yes, a bachelorette party got rowdy when they couldn’t get a large table together and left the restaurant in a huff. And one of the ladies coughed on an employee. OMG! The woman faces assault charges if they can find her.

It’s apparent that people don’t appreciate different rules for the rulers and the ruled. 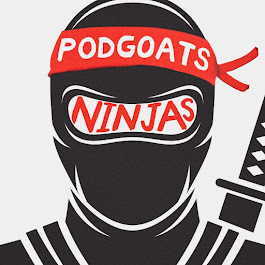