Why are we sacrificing the elderly to COVID?

There will be a lot of history written about the pandemic of 2020. Tough decisions were made on the fly. Some seemed prudent at the time, others appeared foolhardy. One that we will surely come to regret is sacrificing a generation of elderly unnecessarily to a plague we knew from the very start was coming for them. 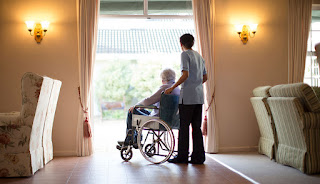 It seems like a lifetime ago when we were watching the coronavirus from the comfort of our own country in some far-flung place called Wuhan, China. Many of us were advocating keeping it in China and not allowing it to spread to our shores. President Trump made that decision in late January, but it was already too late. What we did after it got here is unconscionable.


When the virus hit our shores in Seattle in mid-January via a traveler from Wuhan it went directly to the most vulnerable in the area. Within just a month the virus had infected a nursing home in Kirkland, Washington. A month later, 34 residents of that nursing home were dead.

Scientists have argued over many things during the course of this pandemic. First we were told not to wear masks, then they were mandated by some local and state governments. We were told you could catch the virus by touching a surface, then we were told that was virtually impossible. There has been, however, one constant. It has never changed since we first learned of this virus. The average age of death is 80. That gave us a distinct advantage over this disease that we haven’t had over most other plagues, including the Spanish Flu, where the average age of death was 28. We had one job, and that was to keep the elderly and the ill away from this disease. Not only did we fail, but we failed miserably. Some would argue it looks almost intentional.

Governor Andrew Cuomo was lambasted for his policy of placing COVID-positive patients back in nursing homes. News reports calculated the carnage at a quarter of all coronavirus deaths in New York. Similar horror stories began popping up in places like New Jersey and Pennsylvania. What’s inexplicable is the total blackout of news coverage of the same thing happening in Tennessee, where there’s a Republican governor. The only difference is instead of a quarter of the COVID deaths coming from nursing homes, over a third of the deaths in Tennessee are from nursing homes. And the reason why is the very same reason other states have seen such a high rate of elderly deaths. In Tennessee, COVID-positive patients are routinely kept in nursing homes.

This points to a complete lack of leadership. The one sure fact we’ve known throughout all of this is that nursing homes are the deadliest places for the coronavirus. A plan should’ve been implemented in March to immediately remove COVID-positive patients from nursing homes. Instead of taking the time and effort to develop such a plan, Governor Lee defaulted to having the patients ride it out in isolation at the same nursing facility. But there’s really no such thing as isolation at a nursing home.

For all we know the disease could be traveling through the air duct system much like Legionnaires disease. The symptoms of COVID and Legionnaires are very similar. Cough, shortness of breath, fever, muscle pains, possible nausea and vomiting. Legionnaires doesn’t typically spread between people. It’s spread by breathing a mist that contains the bacteria.

Given that 50,000 of the to-date total of 130,000 deaths are from nursing homes, maybe it’s time we started paying attention.