I feel like I'm living in some parallel universe. The news media, the Democrats, and even some Republicans continue to beat the drum of some sort of collusion between Trump and the Russians. What if I told you that neither the FBI nor any other intelligence agency had ever inspected the DNC servers that were supposedly hacked? That would be front-page news, right? It’s true. FBI Director James Comey confirmed it in testimony in January and again this week before the House Intelligence Committee. 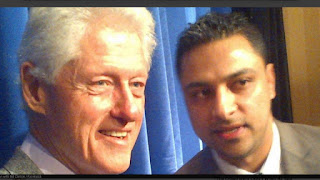 If the FBI didn’t determine the DNC servers were hacked, who did? It was a private firm hired by the DNC itself. This is the proverbial fox guarding the henhouse. Hillary’s people concoct this story that the Russians hacked their servers in order to help Donald Trump. Instead of investigating the allegations themselves, the FBI just took the DNC’s word for it. This is akin to a private investigator investigating a murder scene and the police just taking his investigation at face value. This is the big story in all of this and nobody’s talking about it.


If the Russians didn’t hack the DNC who did? Let’s look at the evidence. When we say “hacked the DNC” what does that mean? As far as we know, then-DNC chairman Debbie Wasserman Schultz’s e-mails were the only ones hacked. Forget John Podesta. His e-mail account was a Google Gmail account. That, by definition, was not on the DNC server. That was an account any 16-year-old amateur hacker could break into.

So who had access to Debbie Wasserman Schultz’s e-mails?

There’s only one person aside from Schultz herself who had access to her e-mail and dozens of other Democrats’ e-mail accounts. It’s a guy who’s currently under investigation for accessing Congressional members’ computer networks without their knowledge or permission and stealing data and equipment from Congress. Imran Awan. He and his brothers—Abid and Jamal—managed IT for more than two dozen Democrat members, including the House Permanent Select Committee on Intelligence. They owed money to a shady operator with ties to terrorists. The three men apparently went through little or no security scrutiny to get their jobs. After all, we wouldn’t want to make them feel uncomfortable just because they’re Muslim.

Who opened the gates and allowed this Trojan horse inside? Debbie Wasserman Schultz. She’s so politically correct that she wouldn’t dare question three guys who are Muslim and have ties to terrorism. In fact, even though they’re under police investigation for all sorts of crimes against the United States, Imran Awan still works for Debbie Wasserman Schultz!

But it gets worse.

According to the now-leaked e-mails from Wikileaks, Imran Awan had access to Schultz’s username and password at the DNC! Hello. We have leaked e-mails from Schultz’s account and the one guy who had access to her DNC e-mail is now under investigation for stealing data from Congress. Here’s the amazing thing. The Awan brothers are not under investigation by the FBI. It’s the Capitol Police. I’m not knocking the Capitol Police but you have guys stealing possibly sensitive data from Congress and the FBI is not called in?

Oh, did I tell you Imran Awan had a criminal record and bankruptcy? Not only did Schultz and the Democrats hire him, he didn’t even have to have Secret clearance. He also had major money problems giving him motive to sell secrets for cash.

While we continue this wild goose chase for Ruskies under every rock, the prime suspect is still sitting in Schultz’s office.