Let's stop the facade—Men and women are not the same

It’s time to stop pretending. As much as some people would like you to think there are no differences in men and women, there are. And the differences are huge. And they’re to be celebrated. Instead, we’re told that gender is simply a state of mind. 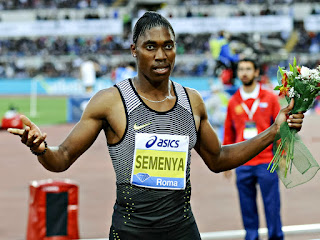 I’ve been watching the NCAA tournament, as I do each year the Tar Heels have a shot. It’s a way of leaving all the politics behind. Now the NCAA has dragged politics into sports. There was no regional contest in North Carolina. That was the NCAA’s way of protesting the now-famous bathroom bill. Commentators made mention of the controversy on several occasions, always closing with a quip like “everyone should be welcomed at the tournament.” News flash. Guess who’s not welcomed at the tournament. Women players. Why? Because they are literally in a league of their own.


You may have noticed the NCAA’s ‘Done’ PSAs that have run ad nauseam during the tournament. It shows various female athletes then one says, “Enough.” Another kicks a soccer ball then says, “Yeah, I’m over it.” The tag line at the end is “Genders don’t play sports. Athletes do.” In other words, there’s no difference between female and male athletes. That’s the big lie.

What the NCAA is doing through their silly protest over a common sense bathroom law and their obvious ignorance of physiological differences is set women’s sports on the path to extinction. I want something understood right up front. I want to protect women’s sports.

There’s a reason why there’s a women’s basketball team and a men’s basketball team. The NCAA wants you to think there’s no difference but there’s a huge difference. Just like there’s a difference in where men and women go to the bathroom. Keeping those facilities separate is not about exclusion. It’s about common decency. Like my wanting to protect women’s sports, I also want to protect women from perverts. That’s what the North Carolina bathroom bill is all about. Actual transexuals—people who have physically transitioned from male to female or vice versa—are not affected by the law. They can, by law, go to the bathroom facility that matches their new sex. What we’re talking about are cross-dressers.

Anybody can be a cross dresser. Anyone can claim to “feel like a woman.” In this age of political correctness we’re told we must simply accept the gender someone wants to be. The NCAA, by their boycott of North Carolina, tells us we must accept the gender any individual adopts. Fine. But don’t start objecting when guys who “feel like a woman” start going out for women’s sports. It will be the end of women’s sports.

You take a 6’9” guy who didn’t quite make the men’s squad and put him on the women’s team and he’ll put up 60 points a night. If four other guys have the same idea, that’s the end of women playing at that school. It’s easy to see how this mentality spreads. And don’t tell me it won’t. Who would’ve believed even three years ago that we would be arguing over which bathroom to use?

The NCAA has laid the path for just such a scenario and they would be helpless in court to stop it given their radical agenda. We don’t pit a Division III school against a Division I for a reason. We like competition to be fair. We don’t pit men against women in sports for the same reason. If we do, women will be driven out of sports.

Is that what the NCAA wants? I hope not.