The left-wing media are frantically trying to paw dirt on top the story that Hillary Clinton was the one who orchestrated the Trump-Russia collusion hoax to deflect attention from her illegal e-mail server. John Ratcliffe, the Director of National Intelligence, declassified information regarding the Crossfire Hurricane Investigation at the request of Lindsey Graham, chairman of the Senate Judiciary Committee. The newly declassified information points to a briefing by CIA Director Brennan for President Obama on information they had unearthed that Hillary was the source of the rumor that Trump was colluding with the Russians. 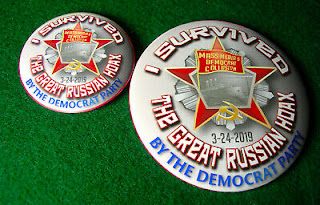 apparently didn’t look. Let’s review what we do know.

Hillary Clinton paid for the now-debunked Steele dossier through her law firm, Perkins, Coie. Ironically, this was the same law firm for the Democrat Party. She labeled the payment to Perkins Coie as “legal services.” Sounds like money laundering to me. That alone should be worth an investigation, but for some reason too many politicians in Washington are afraid to investigate the Clintons. I wonder why.

Here’s what we definitively know. We know that the whole Trump-Russian collusion story was a hoax. There’s not one bit of evidence that it was true. So, if we know it wasn’t true then someone must’ve started the rumor. If we were to put together a list of suspects, who would be at the top of the list? That’s right, Hillary Clinton. She had the motive. She had the means. And we already know she paid for a bogus dossier that said what? That Trump colluded with the Russians. Hello! So, if you’re the intelligence community and you come across some information that tells you Hillary might have been behind the scheme, don’t you think you should investigate?

The question now is will anything come of the declassified information? Not likely. Comey was either unwilling or too scared to charge Hillary with obviously breaking the law in the e-mail server scandal. We know Peter Strzok’s problem. He had a serious case of Trump Derangement Syndrome.

The scariest part is the incurious media. You know what I always say. Media bias isn’t necessarily what they tell you, it’s what they don’t. Not telling you that Hillary was Suspect #1 the entire time in this whole charade is frightening. I’ve come to not believe anything I hear from the left-wing media unless I can independently confirm it. That’s probably a healthy way to operate. Unfortunately most people don’t have the time or inclination to confirm everything they read, hear, or see. And the mainstream media are counting on your ignorance. Please don’t give them the satisfaction. 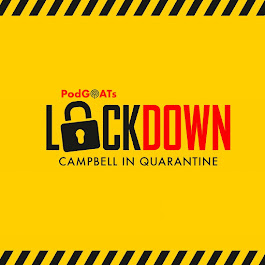