My wish for Father's Day


While everyone is focused on the police and so-called systemic racism in America, I thought I’d chime in with the candid voice of reason and tell you what the real problem is. Right here before Father’s Day it’s ironic that few are talking about why black males are far more likely to have a violent run-in with the police. It’s because over 70 percent of black children today are born into a single-mother household. 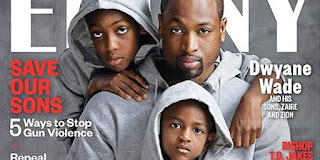 What’s interesting is the negative effects of fatherlessness don’t discriminate. White folks, Hispanics, Asians, they’re all more susceptible to negative outcomes because they’re fatherless. It just happens to be epidemic in the black community.

A black male born today has a better chance of ending up at the state pen than Penn State. Want to help the plight of black Americans? Stop pandering and placating. Let’s all address this problem head-on. Let’s stop candy-coating it and acting like slavery has something to do with it. The epicenter of the problem in the black community is the Great Society. Well-meaning liberals tried to right the wrongs of the past by making a large segment of the black population dependent on the government.

Ask any cop in any city where the crime is and they’ll point to the projects. Ask any successful black person who came from poverty what the key to success is and they’ll tell you it’s getting out of the projects. So why are we still doing it? Why are we still warehousing the most desperate people in society for one-stop shopping for the drug dealers, the gang leaders, and the pimps? Why? I couldn’t tell you, but I can tell you this. It’s time to tear down every housing project in America.

Now, don’t go thinking that I’m for turning everybody out in the street to fend for themselves. No, but we do need to separate the needy from the greedy. Anyone who’s able-bodied and able-minded needs to get a job. If there aren’t jobs in your city, then the government needs to match people with jobs in other cities and towns.

Is everybody who’s black on welfare? No, but a disproportionate number are. About 39 percent of welfare recipients are white, according to the Department of Health and Human Services. About 40 percent of welfare recipients are black. In other words, whites are way underrepresented and blacks are way overrepresented. That’s not because of racism, it’s because of liberalism.

Despite what the media say, racism is not the problem. The best thing we can do for all Americans, especially black Americans, is put the father back in Father’s Day.