If you're freaking out, stay home

“Too soon!” That’s what many are saying about reopening the economy. It’s interesting to note that a lot of them seem to be coming from the left. The TN House Democratic Caucus criticized Governor Bill Lee for allowing businesses to reopen. Allowing them. More on that in a moment.

House Speaker Nancy Pelosi warned President Trump not to reopen the country too soon. She warned of deadly risks if he does. Senator Angus King of Maine said if Trump opens the economy too soon and the coronavirus spikes, he “owns it.” The constant drumbeat of hysteria from the media has frightened the American people to the point that 66 percent were scared to reopen too quickly, according to Pew Research Center. 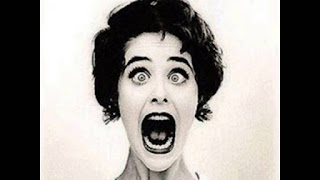 I even heard one frantic shop owner in Florida almost in tears at the thought of opening up her business.


Here’s a thought. If you’re scared, stay home. If you’re a shop owner who’s frightened, stay closed. Nobody’s forcing anybody to do anything. You can shelter at home for the rest of your life, just don’t keep the rest of us from going back to normal.

But that’s what liberals do. They love to tell everyone else what to do. There was a school teacher recently who berated some teenagers for playing football in a park. She screamed that she hoped they “die a long, painful death.” Had she just walked on by there’s no chance any of those teens would have had any effect on her life. Well, Phil, what if they spread the virus? As long as she’s cowering at home it’ll never touch her.

See, this is the central point that’s being missed. The media have so terrorized the American public that they think they’re going to die if they get coronavirus. If you’re healthy and under 65 you have very little chance of dying from it. If you’re not healthy and over 65 then you probably shouldn’t have any contact with the outside world until this thing has run its course. For the rest of us, we want our lives back. Liberals, however, don’t want you to have your life back. They want to control it. They always have. They’ve been obsessed with what you eat, what you drink, what you drive, where you go. This whole lockdown has been a liberal’s dream come true.

Who would’ve thought we’d willingly obey an order from our governors to stay home? I’ve asked a lot of legal experts this question. Does the governor have the authority to close businesses and make people stay home? Haven’t had one yet point to a law that allows it. In fact, even if there were a law, it would run contrary to the Constitution. Laws can’t do that. At least, they’re not supposed to.

Attorney General Barr understands this. He’s been quite troubled by the abuse of power and has instructed his department to investigate excesses. I was down with the struggle when we were all volunteering to do this in order to “flatten the curve.” Once you voluntarily surrender your constitutional rights those to whom you surrender them don’t want to give them back. We’ve seen examples all over America.

Let’s hope we never have to do this again, but if we do let’s learn a lesson. When you have a disease as targeted as this one, you protect those who are targeted instead of disrupting the entire economy. New York tried to tell us the rest of the country would soon look like them. It never did. Nor should the response be the same. Freedom should survive any virus.