Ever heard the expression ‘give ‘em an inch, and they’ll take a mile?’ That’s exactly what happened with the coronavirus lockdown. Look, I was down with the struggle at the beginning. They asked for a couple of weeks to flatten the curve? Sure, let’s see what we can do. The whole country came together to unite against this enemy. The reason we needed to stay home was so we wouldn’t overwhelm the hospitals. We did that.

Now, outside of New York, the hospitals were never overwhelmed. Even in New York the demand for 30,000 ventilators that Governor Cuomo said he needed didn’t materialize. They didn’t really need the Javits Center or the USNS Comfort. Weeks turned into months and voluntary turned into mandatory. People were being ticketed for throwing a ball with their kids in a park. 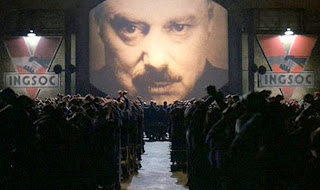 Then it started to get ugly. Governor Whitmer wasn’t allowing residents of her state to buy seeds or paint or even visit their vacation homes. Governor Beshear of Kentucky forbade residents from leaving the state! These were things that were only happening in states governed by Democrats who were drunk with power. Or so we thought.


Then a homeless guy jumped a fence at the Fairgrounds in Nashville where they had been treating coronavirus patients. Apparently it’s like Hotel California. You can check out any time you like, but you can never leave. They arrested the dude several blocks away and charged him with, get this, “escaping from a penal institution.” When I first heard this I thought, ‘For sure this guy was an inmate at a jail.’ No! Well, he is now. They’re letting criminals out of jail and they’re putting this guy in. Why? Because he escaped the COVID concentration camp.

On the same day this guy broke and ran, I learned that Governor Lee was secretly turning over the names and addresses of everybody who’s tested positive for coronavirus to the police. Yes, the police! He claimed it was to protect first responders. Two things. First, every first responder I’ve talked to says they take what are referred to as universal precautions. In other words, they assume everyone has coronavirus and comport themselves accordingly. Second, if it were really to protect first responders the governor would’ve mentioned it in a press briefing or issued a press release. He did neither.

Were I making the decisions, here’s how all of this would’ve gone down. You evaluate all the information and you disseminate that information to the public. We’ve known since the get-go that this thing is dangerous for anyone who’s elderly and/or has underlying health problems. We let the public know that your chance of death is elevated if you’re in one of those groups.

By the way, we had about 80,000 deaths from the flu in 2017-18 and over 1,600 deaths in Tennessee. I don’t recall anyone turning positive cases over to the po po. “Power tends to corrupt,” Lord John Acton once said, “and absolute power corrupts absolutely.” Don’t we know it.