The ever-changing meaning of rape

When is rape rape? It sounds like a silly question but it’s not. Today on college campuses the obvious has been cast into doubt. Used to be that we knew what rape was. It was as heinous a crime as one could imagine. The ultimate violation. Now its definition has been opened to interpretation by the politically correct forces that dominate universities big and small. Today, we’re no longer sure and the consequences will be devastating. 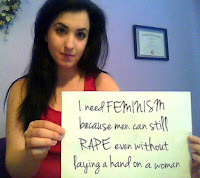 Yale’s basketball team has made it to the NCAA Tournament for the first time since JFK was president. The accomplishment was bitter-sweet. Its captain, Jack Montague, was not only ejected from the team, but expelled from school in February. Yale officials have been tight-lipped, as has the Montague family. Jack’s father is keeping silent on advice from his attorney but says he can’t wait to tell their side of the story.

Shortly after Montague’s expulsion, the team sported practice jerseys with Montague’s number and nickname: Gucci. This prompted a women’s group on campus to plaster posters all over campus admonishing the team for supporting a rapist. This is where the story gets murky.

Before I continue, let me just state for the record that I know what rape is. If Montague is guilty of rape, he needs to be prosecuted to the fullest extent of the law. It appears that definition has been so distorted that we may never know the truth.

Montague broke up with his girlfriend. Shortly after doing so, the woman contacted school officials and reported that Montague had raped her while they were dating. Local police say they have had no complaint filed against Montague, criminal or otherwise, and are not investigating him for rape or any other crime.

Let’s assume just for a second that the woman’s accusations are true. Wouldn’t Yale have an obligation to report such a crime to police? If they didn’t, are they covering it up to protect the reputation of the school? That should be a crime in and of itself.

Now let’s assume that the accusations are not true. They’re going to expel a student and ruin his chance to be part of the school’s sports history on hearsay from a scorned lover?

It sounds like what we would expect to come from the ‘Yes Means No’ legislation that originated in California and quickly spread to colleges across the country. Basically, the rules of engagement between men and women on campus have changed. If the two end up having sex, which tends to happen in college, the woman has to give her verbal approval of the act. Not just at the beginning but periodically throughout the encounter. If she has been drinking, she is not capable of approval, therefore any sex act with a woman who has consumed alcohol or drugs is assumed to be rape. Oh yeah, and the accused is guilty until proven innocent.

We saw what a mess was made of this newfound assumption of guilt in the University of Virginia case. Rolling Stone magazine went all out with a story about a gang rape at a frat house, relying only on the story of the accuser. As it turns out, the woman made the entire story up. In the meantime, an entire fraternity and its members were dragged through the mud. Protests were staged at the frat house. Nasty words were spray-painted on the building. All of the brothers were assumed to be rapists. And no one at the school even hesitated to believe the story.

Is UVA happening again at Yale?