The entitlement mentality at AOL

Nothing much surprises me these days but I must say I was taken aback at the response to comments recently made by AOL CEO Tim Armstrong. Taken aback is, perhaps, too mild. I was actually infuriated. Tim Armstrong was conducting a town hall meeting with employees and tried to explain why they were restructuring their 401(k) contributions. Instead of the company contributing each paycheck, they were going to make a lump-sum contribution at the end of the year.

He didn’t elaborate but I assume it was an effort to hold on to the cash throughout the year and monetize it before giving it to the employees. He explained that measures needed to be 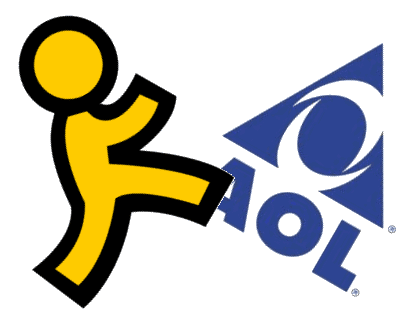 taken because their healthcare costs had taken a big hit. He noted an additional $7.1 million per year because of Obamacare and added that the company paid out $1 million each to two AOL families for “distressed babies” during childbirth.

Oh, my Lord, the press went nuts over the “distressed babies” comment. Forget that that’s exactly what doctors call it: fetal distress.

Not only did the press go nuts but one of the mothers, who would’ve otherwise remained anonymous, wrote a piece for Slate.com raking Mr. Armstrong over the coals. The backlash over the 401(k) deal sent AOL into damage control and they backed off their plan. Then Armstrong apologized for the “distressed babies” comment. People screamed that he’d somehow violated HIPAA rules for disclosing that a couple of employees had experienced difficult pregnancies. With 5,600 employees it’s doubtful anyone would have any idea who those people were had it not been for one of the mothers lashing out on Slate.com.

But all that is really secondary to the real problem. The thing that’s so amazing is the sense of entitlement. Had my company just spent $1 million saving my child I would’ve already been to the CEO’s office thanking him profusely for helping us out in a time of need. It’s bad enough to go through a difficult delivery but can you imagine being saddled with over a million dollars in medical bills? Where’s the gratitude?

There was none. It was merely an expectation that such gargantuan bills be paid by someone else. That “someone else” is the company by way of higher insurance costs. All Armstrong was trying to do was find a way to make up the difference as painless as possible. Ironically, all the folks at AOL who were so outraged by his mentioning the “distressed babies” were not even willing to be inconvenienced by having their 401(k) match deferred until the end of the year. They’re ALL ingrates.

We had an employer match when I first started with my current company. When the Great Recession hit they made the decision to suspend the match until the company was back on more solid ground. People raised holy you-know-what over it. Me? I was grateful there had been a match in the first place. I didn’t look at it as a right. I saw it for what it was; a benefit. Eventually they resumed the match and I was delighted when they did but I never expected it nor demanded it.

I guess it’s just human nature. You start getting something for free and you come to rely on it. That’s true whether it’s the government or your employer. All I expect in return for my work is the salary that was agreed upon when I took the job. Everything else, in my mind is gravy.