Climate censors: Not up for debate

The danger of media bias is not in what they tell you. It’s in what they don’t tell you. Those on the left preciously guard their positions by desperately trying to keep the truth at bay.

That was never more clearly demonstrated than during my recent trip to Charlottesville for a screening of our documentary, An Inconsistent Truth, at the University of Virginia. What I told the students there is the same thing I tell students at any university stop we make. Challenge everything. I told them that there are people who will go to any lengths to keep them in the dark on the issue of global warming with ad hominem attacks on people like me or anyone who dares challenge their worldview that humans are destroying the planet.

Right on cue came Thomas Forman II the Monday morning after my weekend visit. Mr. Forman scolded the UVA College Republicans for even inviting me, as if I had soiled the 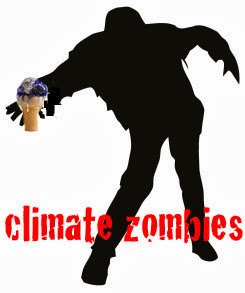 hallowed grounds with my presence. He then proceeded to call me and anyone who dares disagree with the propaganda that he and others have been spewing “scientifically illiterate.”

Forman didn’t even have the decency to attend the screening, which is typical of people on his side of the issue, especially in academia. I suspect Mr. Forman knows the truth. How could he not? None of what Al Gore predicted in his movie has come true. The earth’s temperatures are not rising. The polar bears are not dying off. Sea levels are not rising. Hurricanes are not getting more vicious and more frequent. Carbon dioxide is not a pollutant.

Most important in this discussion, there most certainly is not a consensus on the issue of global warming or climate change or whatever these hysterics are calling it on any given day.

Unlike Gore’s movie, which is all about Gore, our movie features scientists who study the climate on a daily basis. One of the scientists we interviewed is Dr. Fred Singer. Dr. Singer is not only one of the foremost experts on the issue of climate change, he is an emeritus professor of environmental science at the University of Virginia, the very university where Mr. Forman works. Surely he knows this. Surely he doesn’t believe that he is more qualified in this field than the man who was a pioneer in weather satellites and a former deputy assistant administrator of policy at the EPA.

Mr. Forman’s display of arrogance is breathtaking. His description of anyone who disagrees with him on climate change as being scientifically illiterate is the kind of scorched-earth policy the proponents of manmade global warming employ when they sense the truth is knocking down their door.

Commentator George Will summed it up best. He said when anyone claims the debate is over you can count on two things. First, the debate is still raging and, second, they are losing.

Mr. Forman and his fellow travelers are most assuredly losing the debate. Carbon dioxide levels have increased substantially over the past 15 years but global temperatures have remained steady. In short, there is no correlation between the two.

The recent snow storms that have pounded much of the country only serve to drive that point home. I’m certainly well aware that weather is not climate. I’m also aware that theory is not science. The scientific method demands proof. The global warming alarmists have no proof so they fall back to climate models. There are 72 major climate models that have been predicting temperature since 1979. All of the climate models - like Mr. Forman - have been dead wrong.

Posted by Phil Valentine at 1:17 PM