President Obama and the Democrats in Congress want to raise the minimum wage by 40 percent. However, 96 percent of House and Senate sponsors of a bill to do just that do not pay their interns, according to a new analysis by the Employment Policies Institute. It’s an incredible display of hypocrisy.

Aside from the hypocrisy of using free labor while simultaneously crying for a minimum wage hike, raising the minimum wage is a job killer. Obama and the libs in Congress will tell you 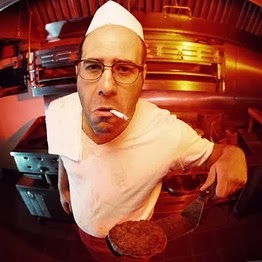 it’s not and they’ll point to “studies” that back their argument but that’s a case of cherry-picking your study.

According to Forbes Magazine, there was a comprehensive study that looked at the last two decades of data. It was conducted by David Neumark of UC-Irvine and William Wascher of the Federal Reserve Board. They determined that 85 percent of the research demonstrates raising the minimum wage kills jobs.

Of course, it’s just common sense. Payroll is the single biggest expense for many businesses. Unless you can raise the price of your product to cover the added expense, something has to give. Even Bill Gates said as much on MSNBC when he said, “If you raise the minimum wage, you’re encouraging labor substitution, and you’re going to go buy machines and automate things or cause jobs to appear outside of that jurisdiction.” He added that “it does cause job destruction.” Gates may be a big lib but he knows a thing or two about business.

Let’s take the fast food industry, for example. You’ve no doubt heard about the protests around the country - organized by the unions - to raise the minimum wage of fast food workers to $15 an hour. Experts say the typical restaurant labor force accounts for a third or more of a restaurant’s operating expenses. The New York Times quoted Stephen Caldeira, president of the International Franchise Association, as saying that such a drastic increase in wages would lead to a 25 percent to 50 percent hike in prices. That $3 burger could essentially become that $4.50 burger overnight.

We, as consumers, have options. We don’t have to stop by the fast food joint. We do because it’s fast (supposedly) and affordable. Once it’s no longer affordable we stop going. If that happens not only do the employees not make $15 an hour, they don’t make squat. They’re out on the street.

Shy of going out of business, the fast food restaurant will start devising ways to save money. I foresee a day when you drive up to a drive-thru window and some guy in India takes your order. Or, maybe you just use voice commands to place your order, swipe your credit card and drive to the next window where your order is waiting. The same could be done inside the store. You just place your order at the automated terminal and wait for your food to appear.

As you might imagine, there’s already such a thing as a burger-making machine. This babycake is self-contained, automated and can churn out 400 burgers per hour. You think your local Mickey D’s isn’t already eye-balling that bad boy? According to the maker, Momentum Machines, making burgers costs restaurants $9 billion a year. Not only does this automatic burger-flipper make faster burgers for a fraction of the cost, it takes up far less space than the conventional way.

So, keep pushing this minimum wage hike. And be prepared to hand out automated burgers to those newly unemployed workers standing in the unemployment line.