Diversity means nothing without excellence

America was built on exceptionalism. Many believe diversity is our primary asset. It’s not. Diversity’s great, but it’s only great when it happens organically. Forcing diversity never leads to greatness. Conversely, neither does discrimination. Both short-circuit the free market. Imagine how much faster this country would’ve advanced had it not been for discrimination. Countless black Americans were held back and held down because of prejudice. There’s no telling what we would’ve accomplished as a nation had that not been the case. 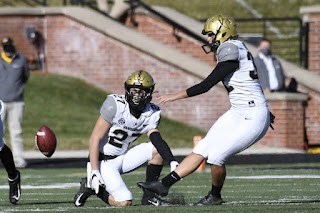 So, it was with much concern that I read that the Nasdaq, the second-largest U.S. stock exchange, filed a proposal with the SEC to mandate corporations have two ‘diverse directors’ on their boards. They want to require one who ‘identifies’ as a woman, and one who represents the GBLT community. What does this have to do with excellence? Nothing.

Nasdaq says three-quarters of the companies on its exchange right now would fall short. That means a massive makeover of boards of directors across the country if this thing goes through. And for what purpose? To allow some guy who wears a dress to be on the board? What does that have to do with anything?

We can expect much more of this in a Biden administration. I’m not saying this current play by Nasdaq is Joe’s fault. What I’m saying is this is the culture that’s been created by the left and Biden is more than happy to play into it.

Corporate America is obsessed with diversity. Again, I think diversity is great, but it’s secondary to excellence. If your workforce is primarily black or Hispanic or gay and these are the most qualified people out there then the system is working. There’s no doubt that, for many years, we had white folks in positions simply because they were white. We can all agree that was wrong. Then why would we now be doing the exact same thing, just with a different group of people? If discrimination is wrong, it’s wrong. It doesn’t matter who’s doing the discriminating, nor does it matter who’s being discriminated against. I’ve often said you don’t right the wrongs of the past by wronging the people of the present.

I wonder how many people who own stock in these companies give a rat’s rump about a board member’s gender or sexual preference. Not many. You would think we would evolve as a society to a point where none of that matters. Instead we’ve devolved to a point where that’s all that matters. We have now put excellence in the back seat. Being the best no longer means anything. It’s all about being diverse.

Vanderbilt’s football team fielded the first female player at a Power Five conference. Sarah Fuller kicked the ball just once, and for only 30 yards. For that she was named the SEC co-special teams player of the week. What an insult to Sarah. They may as well have just patted her on the head. Diversity at the expense of excellence is nothing to celebrate.

Posted by Phil Valentine Show at 8:55 AM