The China question is not hard

I’ve heard a lot of commentary lately on what to do if you’re an executive of a company doing business with China. Surely you’ve been following some of the flap in the NBA over a tweet by Rockets GM Daryl Morey. Morey tweeted, “Fight for Freedom. Stand with Hong Kong.” Innocent enough, right? Who could be against fighting for freedom? Well, the NBA threw a hissy fit. They made Morey delete the tweet then began their tightrope act trying to balance between pleasing their Chinese market and not looking like the stooges for communism and oppression that they are. 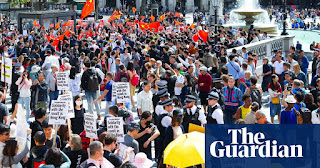 LeBron James weighed in saying Morey needed to educate himself on the subject and sided with the Chinese communists. Apparently it’s James who needs to educate himself. The Chinese have murdered far more people than the Nazis ever thought about killing. Yet James Harden, who plays for the Rockets, felt compelled to apologize for his boss’s tweet.


Since the controversy began I’ve heard political pundits and business experts chime in on the dichotomy of running a corporation and supporting freedom at the same time. I’m going to make it real easy for everybody.

There are alarm bells that go off in the heads of most people when they’re doing something wrong. It’s called your conscience. This is your inner sense that guides you. When you get too close to doing something wrong you start to feel something in your stomach. Some people condition themselves to ignore this inner sense and plow forward anyway. These people are what’s known as psychopaths. They are the kings of rationalization. They will convince themselves, then in turn try convince others, that what they’re doing is actually right when they and everybody else knows it’s wrong.

If you made $200,000 last year but only claimed $50,000 on your tax returns because the other $150,000 was made through the sale of cocaine then an alarm bell should be going off in your head. You can rationalize it by saying your employer doesn’t pay you what you’re worth or you’re just providing a service for people who are going to get their coke from somewhere, but you’re a psychopath. You know it’s wrong, but you continue to ignore your conscience and do it anyway. Eventually your conscience is pushed so far away that you no longer even hear it.

If you’re a businessman and you do business with the mafia you know it’s wrong. You may not even rationalize it. You just know it’s wrong, but it’s too lucrative to turn down. You also know that if you ever criticize anything the mafia holds near and dear you’ll be swimming with the fishes. So you keep your trap shut.

Here’s the bottom line. Making money and freedom of speech are not mutually exclusive. If you’re making money but you can’t stand up for freedom and liberty because of it, then alarm bells should be blaring in your ears. You’re doing something wrong.

This ain’t hard, folks. It’s something I’ve been preaching for over 20 years. We should not be dealing with a brutal, murderous, communist regime. If that’s the way you’re making your money then you’re doing something wrong. And if alarm bells are blaring in your head right now then there’s something seriously wrong with you. 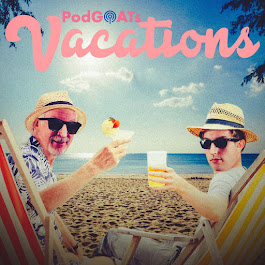