You know what’s getting old? This tired line from the left-wing media that President Donald Trump is a racist anti-Semitic homophobe. Let’s dispense with the anti-Semitism charge straight away.

The man just moved the American embassy to Jerusalem. This is something Israel has wanted us to do for decades. It’s also something that three prior presidents promised to do but didn’t. Donald Trump said on the campaign trail that he would move the embassy and he did. Why that’s so controversial is beyond me, but Israel loves Donald Trump. One would think a president who promised to move the embassy then didn’t would be the one labeled anti-Semitic. Only in the world of Trump Derangement Syndrome do we see this.

Not to mention that Trump’s own daughter, son-in-law, and grandkids are Jewish. The media made hay over Trump’s reportedly odd relationship with his daughter. He’s obviously crazy about her. And she’s Jewish. How can the man hate Jews? 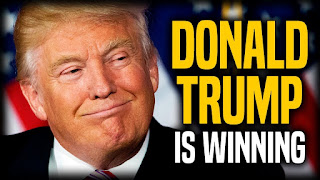 Oh, but that’s just his daughter. He must hate all the other Jews, right? No. He surrounds himself with Jews. He’s done business his entire life with Jews. He seeks their counsel. He appoints them to positions of power and socializes with them.

Which brings me to Mar-a-Lago. Some of you may not be familiar with this story. It’s amazing how many people aren’t. Trump bought Mar-a-Lago in 1985 and proceeded to turn it into a social club. The only problem was he socialized with blacks, gays, and Jews. The town of Palm Beach continually tried to throw roadblocks in front of him and shut the club down. Trump sued. At an infamous hearing in 1996, Trump had his attorney distribute copies of the movies Guess Who’s Coming to Dinner, about a white woman who brings a black man home to meet her parents, and Gentleman’s Agreement, about a reporter who masquerades as a Jew to write a piece on anti-Semitism. Trump filed another lawsuit. The town council eventually relented.

If you’re hearing this story for the first time you need to ask yourself why that is. I always say media bias isn’t so much what they tell you, it’s what they don’t. That Mar-a-Lago story is a huge piece of the Donald Trump story. Let me ask it this way. Can you imagine the left-wing media would ever stop talking about that story if it were a Democrat? Not a chance. In fact, the Democrat would’ve already won some coveted left-wing prize for it.

Donald Trump is anti-illegal immigrant. The left wants you to think he’s just anti-immigrant. He’s also anti-terrorist. The left would have you believe he’s anti-Muslim. The problem is the left is losing so badly these days that the only club they have left in their golf bag is the bigotry wedge. And it’s wearing thin.

Even such liberal darlings as former San Francisco mayor Willie Brown have admitted trashing Trump is a losing strategy. “It’s time for Democrats to stop bashing President Trump,” Brown recently wrote in the Chronicle. “Like it or not,” he wrote, “a significant number of Americans are actually happy these days.” He admonished the Democrats for not coming up with their own platform that addresses voters’ hopes and dreams.

Donald Trump joked on the campaign trail that America would get so sick of winning. The Democrats already are. That much-touted ‘Blue Wave’ grows ever-smaller as it fades over the horizon. And if you look real hard you can see it waving goodbye.