What really drives the anti-Trumpers

Lately, I’ve been spending a lot of my time in the car switching between Fox News Channel and CNN on satellite. I heard a promo for some channel with ‘master storytellers’ and was intrigued. Not really knowing what to expect, I switched over. What I found were two people still whining about the election.

They were going on about what a joke Donald Trump is. One mentioned that conservatives always claim that when Democrats are in office our friends don’t respect us and our enemies don’t fear us. They wondered aloud how much our enemies would fear a clown like Trump. I guess the promo was accurate. These were two master storytellers. 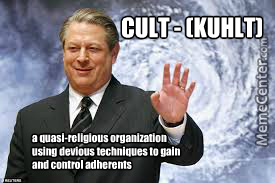 The conversation gave me a glimpse inside the mind of the injured snowflakes who just can’t seem to get over the election. Then I hit upon the basic reason why. They truly believe the biggest threat to the United States and the entire planet is global warming. That’s bound to strike fear in the hearts of our enemies. They believe President Obama was really doing something about it. Now they see Trump undoing it all and they really believe we’re all going to die.

I recently decided to watch actress Leah Remini’s docuseries called Scientology and the Aftermath. I sat down to watch the first episode and ended up watching all seven. Not only was I stunned by what I saw, I was struck by how similar Scientology is to the global warming movement.

Remini talked about what drew her to Scientology. It was an almost euphoric feeling that she and others inside the so-called religion were saving the planet. Scientology gave her life purpose. She was working for the greater good. This is identical to what I hear from adherents to the manmade global warming theory. Mind you, I’m not talking about the great numbers of people who just blindly accept the science as settled. I’m talking about those at the core of the movement.

Remini’s docuseries highlighted the wild claims made by Scientologists. They trot out examples of inner city youths whose lives are snatched from a life of crime because of Scientology. They claim Scientology heals all sorts of physical and mental ailments. Much of what they say is either greatly exaggerated or completely fabricated, yet followers lap it up and repeat it at every opportunity.

The L. Ron Hubbard of global warming is Al Gore. His god-like status among the global warming alarmists is scary. Like Scientology, Gore makes all sorts of wild claims, like sea levels will rise twenty feet this century and all the polar bears are dying. He set it all to ominous music in his movie, An Inconvenient Truth. Nothing Al Gore predicted in his 2006 film has come true. Now he’s releasing a sequel, and his adherents will, in all likelihood, lap it up with equal vigor.

But the aspect of Scientology that really hit home with me was the consequence if you left it. Remini documented dozens of cases where those who dared speak ill of ‘the church’ were harassed and their reputations destroyed. That’s exactly what happens to any scientist who dares question the theory of global warming.

Dozens of highly respected scientists have turned on the theory of global warming only to have their reputations savaged. They are accused of shilling for ‘Big Oil’ and cast out into the scientific wilderness. Proponents will shout you down and call you names. Scientific debate is now regarded as heresy. Sounds eerily familiar.


Scientology is a cult. I fail to see how global warming is any different.