Democrat presidential candidate Bernie Sanders recently said out loud what many liberals think, and the Washington Post applauded him for his courage. What did he say? He said, “Our economic goals have to be redistributing a significant amount of wealth back from the top 1 percent.” This is not merely scary socialism. This is outright communism. 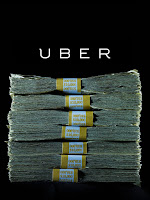 Let’s examine that statement. He uses the term “redistributing.” That assumes that the wealth was first “distributed.” Wealth isn’t distributed, it’s earned. I know, there are trust-fund babies who inherit money from their parents but those people make up a small portion of the rich. And even if they fell into a potful of daddy’s money, does that mean that everyone else is entitled to it?

It’s not hard to see that there are plenty in this country who aren’t paying their fair share but it ain’t the rich. In fact, were you to eliminate the uber rich like Bernie Sanders and so many liberals want to do, you’d wipe nearly half of the income taxes coming into the treasury. Not to mention the tens of millions of jobs they create.

But it’s not just the uber rich who liberals want to target. If you make above $134,300 a year you are in the top 20 percent of wage-earners. Your group makes 51.3 percent of the income yet you pay 83.9 percent of the income taxes. This illustrates just how upside down our tax system is. “Fair share” is when everyone pays the same income tax rate. That’s never going to happen in this country because the bottom 40 percent not only pays no income tax, they get money through the Earned Income Tax Credit that they’ve never paid in!

According to a study from UC-Berkeley, the top one percent saw their income grow under Obama by 31.4 percent while the other 99 percent grew by only 0.4 percent. In other words, the uber rich got uber richer under Obama than at any time in recent memory.

Liberal regulations have choked off money to Main Street and funneled that money to Wall Street. What has resulted is a perverse alliance between the rich donor class of the Democrat Party and the lowest segment of wage-earners who get money from the government. It’s the unintended consequence of government meddling.