It is impossible for me, as a father, to watch the news coverage of the release of Sgt. Bowe Bergdahl and not be elated for his family. It is impossible for me, as an American, to watch Bergdahl’s release and not be thrilled for America. However, I join many other Americans in my concern over the precedent this has set, and how it may affect many more American soldiers down the road.

There are two legitimate ways to look at this release. One is the way the Obama administration sees it. This was a prisoner of war exchange, plain and simple. Prisoner of 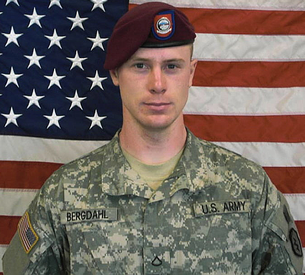 war exchanges are as old as war itself. Their goal was to gain the release of the last prisoner of war from Afghanistan.

The detractors argue that we just released five of the most dangerous Taliban in the world and are relying on Qatar, a country with a history of harboring terrorists, to make sure these five don’t re-enter the war against us. Quite frankly, it’s not at all likely that Qatar will honor its end of the bargain.

Remember, Qatar is the country that hid Khalid Shaikh Mohammed, the mastermind behind 9/11, from American authorities when they had demanded his arrest prior to the September 11 attacks. It can be argued that had Qatar cooperated with us and arrested KSM, the 9/11 attacks would never have happened.

Now, we’re going to trust them to make sure five Taliban terrorists don’t return to action?

At a time when America is already perceived to be weak around the world, it now appears that we do, in fact, negotiate with terrorists, counter to our adamant claims to the contrary. A conventional POW exchange can only be claimed if one can argue that the war in Afghanistan has been a conventional war. That’s a tough case to make.

But even if this can be argued as a legitimate prisoner exchange, it seems the question of value has to come into play. Again, as a father, there’s nothing more valuable than your own child. When it comes to war, however, such emotions have to be set aside. What did we get and what did they get?

We got an American soldier who some claimed actually deserted. The circumstances surrounding Sgt. Bergdahl’s capture still remain murky. There’s no doubt he simply walked away from an American base in Afghanistan after asking a superior if he should take his weapon with him if he left. He was told he should not. He wrote an e-mail to his parents three days before his disappearance telling them he was “ashamed to be an American.”

He also told fellow soldiers of his plan to just walk away into the mountains of Afghanistan. A senior U.S. official at the time Leon Panetta was defense secretary and Hillary Clinton was secretary of state said neither cared anything about getting Bergdahl back.

Will anyone be bold enough to pierce the veneer of a returning POW to a hero’s welcome to get to the real story? Unless Bergdahl himself is forthcoming, we may never know the full story. If he was captured by the Taliban then, at best, we’ve traded a low-level soldier for five high-priority terrorists. Worse, if he deserted, then we’ve exchanged five valuable terrorists for a traitor. Neither scenario seems worth it in the long run.

Whatever the case, the deal has already been done, and also then, perhaps, the damage. We may have secured the release of Sgt. Bowe Bergdahl, but at what cost to future soldiers and our credibility?

Posted by Phil Valentine at 7:25 AM